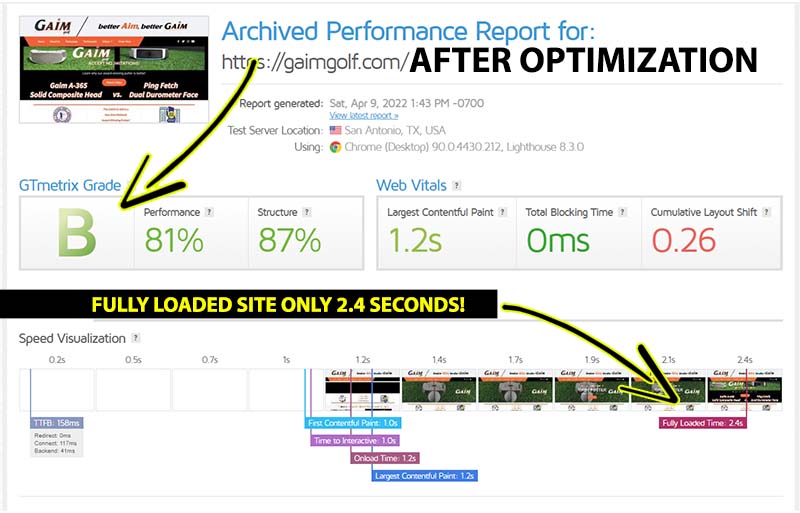 Client originally had a basic Wix site and was getting sales. He hired an out of state company to take over the site, and never had another sale. After moving the site to our server we discovered that the site had actually been outsourced to a freelance designer in India. After much effort we were able to clean up countless errors on the site. It was also discovered the site had the mplugin.php malware installed which is used to monitize the site by a third party. It was also logging cookies and IP addresses in a text file that the hacker had access to! The site took a whopping 17.4 seconds to load and we reduced that to 2.4 seconds!