Over the past decade I’ve seen couples sharing one joint Facebook account. This drives me nuts. At first, it was just a pet peeve, however after many years, and seeing life happen, it quickly became evident why this often well intended idea is a very bad idea. I think the idea behind this is often accountability, however a couple can both have their own accounts and use the same password and accomplish that. When you share an account who’s birthday do you choose? What about high school? I’ve noticed situations where a new boyfriend came into the picture who was controlling and added himself to the woman’s account. One of these was a high school classmate. She married him and sadly she got a brain tumor and passed away. It was not long afterwards before the husband who was effectively using his late wife’s Facebook account, began using it to message her friends for dates and eventually renamed the account and removed her all together! Recently a similar situation happened with my Aunt. She had her own FB account, and at some point they renamed it and her and her husband both were using it jointly, although he really didn’t post. After she passed away, instead of creating his own Facebook account and memorializing hers with Facebook, he took her name off the account within the first year and the day he announced his engagement! He later started going back and deleting personal posts she had made years prior to her relatives. Total disaster and good example why you should never share an account so yours can be memorialized for your loved ones.

The other obvious situation that can get nasty is divorce. When you have separate accounts, there is more legal accountability if a spouse tries to hack into the account.

Bottom line is simple. There is no reason to share an account and call it MikeandSally. Joint facebook accounts are also a violation of facebook terms of service. Use the same passwords if you want accountability. If you don’t trust your spouse or boyfriend/girlfriend enough to do this, you have much bigger issues. 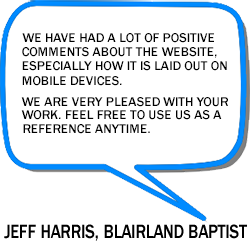